Greg Long has offered me a life lesson…

Because I believe that if we all unite under one roof, in respect, with the same values, if we all start to spread our love and beauty, and offer the world our talents and gifts, we'll have an immense impact on human kind and our whole planet!... Because our world IS love, so let's BE love... like an avalanche.
• March 21, 2016May 9, 2016 • Photo: Greg Long 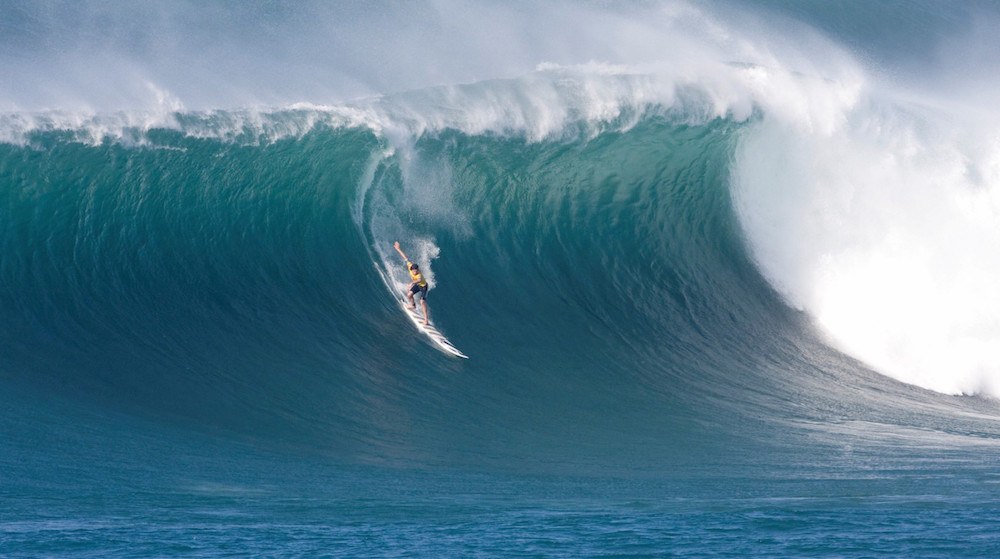 He was one of my greatest encounters of the year 2014, maybe even the greatest. So significant it was for me, what follows! Greg Long, world champion in big wave surfing, out of California, stunt surfer in the movie Chasing Mavericks, has given me a great life lesson, way beyond waves! Wait until you get to the end…

Our glances crossed for the first time in the conference room of the Eurosima Surf Summit in Hossegor last year. A tall man with dark hair, whose profound glance wouldn’t leave you indifferent. By then, I had no clue who this handsome man was, but most definitely, there was something very special about him. During the day, many friends of mine asked me if I was going to write an article about Greg Long. His speech had just struck everyone. And when I was introduced to him in the evening, I knew even before we talked, that I wanted this man to be featured in 7sky. A beautiful coincidence followed that it was me, who drove him to the airport in Biarritz at 6 am the other morning, a few days later. We were accompanied by my wonderful friend Joebaby, dolphin whisperer, who had his flight at the same time as Greg, and who was as well very keen to get to know Greg’s story, as both of us had missed his talk. And this is how it started: please put your seatbelts on, take a few long deep breaths and follow us in this very significant moment of Greg Long’s life story.We write on the 21st December of 2012. The end of the Maya Calendar. The end of the old, the beginning of the new. Ready for take-off?

First of all, Greg has been an ocean boy since ever. His father, a lifeguard of 35 years and a schoolteacher, introduced his boys at a very early age to the ocean. Very soon, Greg felt comfort-able in this element and his progress in surfing has happened just naturally. Big wave surfing became his passion and the big waves challenged him physically and mentally. From the very beginning, he wanted to understand how fear affected people. Of how customary it was to avoid fear, to walk the other way, and how exciting it was to overcome it, step into it, embrace it. For his passion, Greg travelled the world. The Mount Everest of waves is called “Cortès Bank”, it lies 100 miles outside of the coast of California in the middle of the ocean. A wave, always moving. A typical tow-in wave, with no refer-ence points. The perfect invitation to challenge himself even more. 21st December 2012, a massive swell rolled in, the biggest swell Greg has ever paddled in:

“I knew about the inherent risks and my safety team was the biggest I’ve ever had. I surfed two waves, before I caught that wave that made everything go down. I had misjudged its depth, is fastness. I crashed and the wave pushed me so deep under – it was violent –I had never experienced this before. I knew I had a bad wipe-out, 20 feet under water and 20 feet under the white water, 40 feet altogether! I pulled my inflatable wetsuit, a prototype, and it didn’t work! I pulled again. Nothing. I was sitting down there on my own, thinking that it wasn’t different from what I had already done before and that I was trained… I knew I could hold my breath for a long period of time. But I knew as well, that there is no way I’m going to make it. I tried to swim, and right on the surface, the second wave hit me and pushed all the air out of my lungs. I went back into a meditation beyond anything… I can easily relax and preserve my energy and oxygen, but my body was so exhausted, that I was just able to totally detach myself from my body and get myself into mental clarity. That state kept me under water until the third wave. I held my leash and started to climb. I then got flashes of light and I knew I was seconds away from losing con-sciousness. And I blacked out!”From that moment on, Greg saw everything that happened with his body and the six jetskis looking for him from above: they saw my unconscious body in the third wave, and the fourth wave crashing straight over me. It was only after the fifth wave that DK Walsh was able to lift my unconscious body head down, stiff and purple, on the jet ski. It is said that if you lose consciousness under water and you don’t give up, your body has this natural mechanism to keep your oxygen in your body. Back on the boat, little by little, my body purged the fluid. I got air and woke up, saw all my friends around me, and I felt gratefulness and love. Little by little everything became more coherent again. I knew exactly where I was and what had happened. Four hours later, I was in the hospital and two days later, I went for Christmas shopping. Just like that. It was almost unreal.”

From that moment on, Greg promised himself to never go big wave surfing again. But three weeks later, the Mavericks Surf contest called on, and he got third. “It was the worst thing I could have done to myself. I felt a never imagined fear in my life. I was pretending I was fine, no big deal, I didn’t want people to know that I was struggling. What would my sponsors think? Others would think I’m weak and that I had lost myself. And I started to long for becoming true to myself, find my true identity, on a very down to earth level. I always had an assumed identity, Greg Long, the big wave surfer! I knew this wasn’t right for me any longer. I got very confused. Everybody wanted me in the water, and everybody gave me advice, until eventually, I broke down. I took a couple of months off from surfing and was a complete wreck. I then stepped back and slowed down. It was only after a few months off with a new clarity, that I started to tell the real story, what really had happened to me. I knew I could never go back, instead, I would move forward, little by little, and my confidence started to come back. This has been almost two years ago by now, and work is still in progress.

I don’t have the same mindset any longer. A part of me is so thankful that all that has happened. Since 15 years, life was about me, about riding big waves, pushing myself and exploit-ing my biggest challenges and limits. And you always have to be all in because of the risks you take. For the first time in my life, I had time for non-profit organizations, I was outside of just surfing, a whole new world of challenges opened to me. Working, speaking in front of people, things I have never done before. I started to understand who I was, the importance of family, friends, of my passions and desires. I started to recog-nize what was truly relevant in my life. And I started to feel this deepest sense of gratitude for the everyday simple things in life. The free vulnerability to choose whatever you want to do. Love, respect the simple miracles and learn, that’s what’s life’s all about! When I was there in the water in Cortès Bank, I experienced such a place of calm and comfort. I never knew that I was capa-ble of finding such a place. And I understand today that in every given moment, we can choose how to think and react. Nobody forces you to say something or to act in a particular way. If something frightens you, instead of running in other directions, just turn around and enjoy the moment. I needed to let go of attachments, find my own per-ception of this situation! And I accepted the love, gratitude, truth and heartfelt beliefs in my life. This is how the world is. Streams of consciousness overcame me, which helped me to interpret and perceive the moments how we choose them to be!”

Once I came back home, and told the story to our team, our sec-retary stated: wow, this is pretty symbolic. He fainted in the 3rd wave and came up in the 5th! From the 3rd into the 5th dimen-sion. From materialism to love. On the 21st of December 2012, Greg Long has offered us the story with an explanation, what the Maya Calendar was all about! And this is only the beginning! 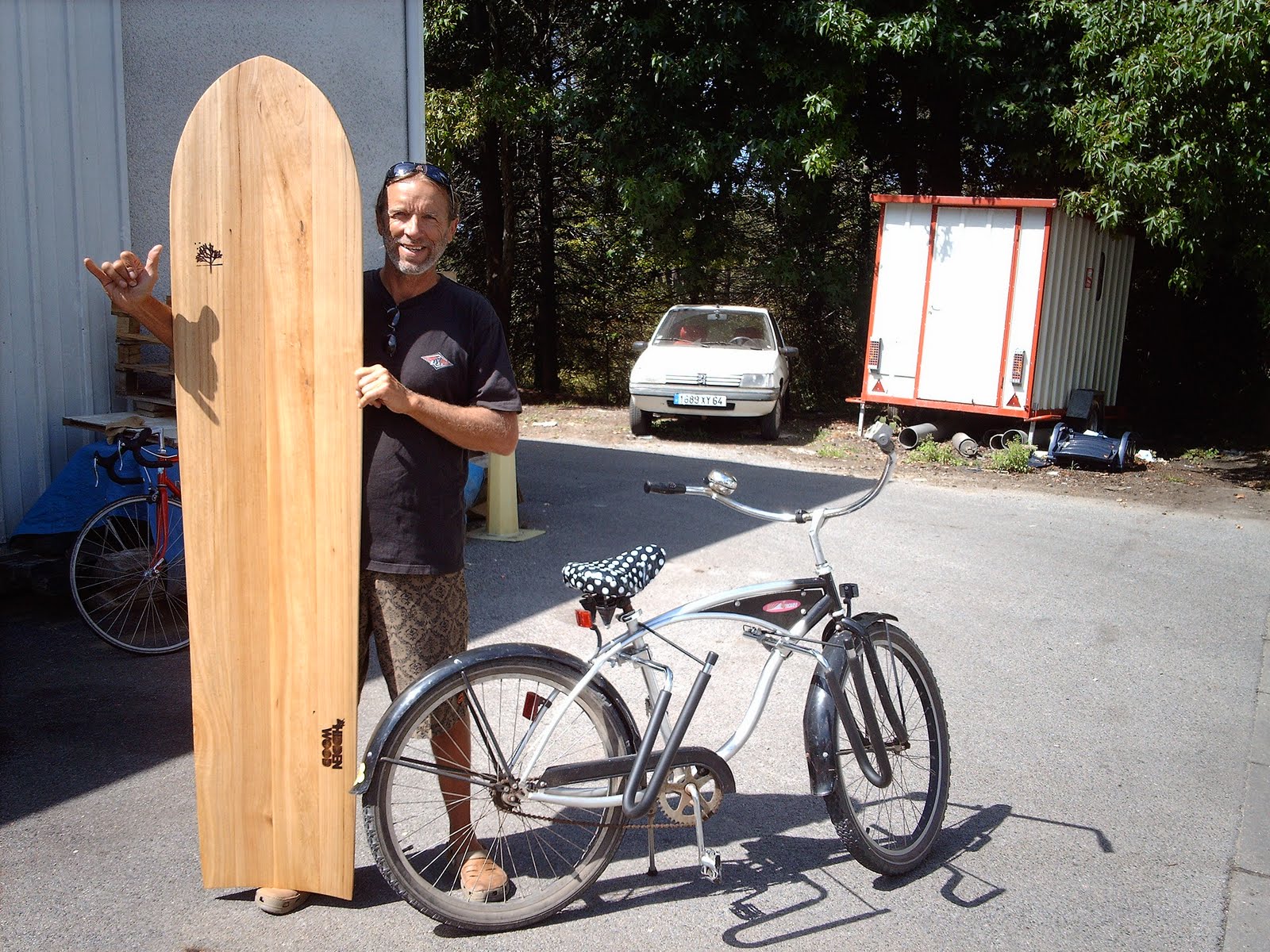