I chose to be an Ambassador of 7sky.life because I strongly believe that sharing positive values and initiatives is a catalyst bringing joy into our lives and uplifting the human being. Through my photos and stories connected with riding, mountains, nature, art, ecology, I want to show the incredible beauty of this world and its people that is flowing through my eyes and soul. Yes, beauty is in the eye of the beholder. Legendary writer Nicolas Bouvier put in a few words one of the most beautiful definitions of life: 'Like water, the world is flowing through you and lends you its colors for a while.'
• March 7, 2017March 7, 2017 • Photo: Vanessa Beucher 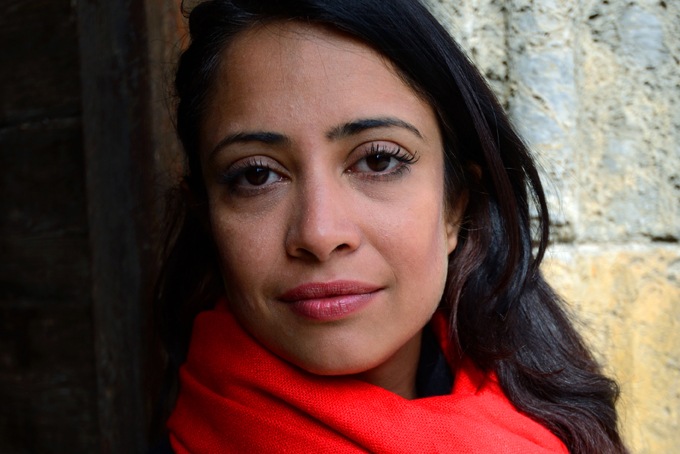 When it was the turn of Hanniah Tariq to deliver a speech during the opening ceremony of the 24th edition of the Piolets d’Or in Briançon, her long jet-black hair and her level voice immediately caught the attention of the audience. This young woman hailing from Pakistan, a sheer mix of grace and determination, is at the origin of High Altitude Sustainability Pakistan, an association the core mission of which is to preserve the vast mountainous areas of the Karakoram range and to set up a welfare protection system for Balti porters.

But let’s get back to Hanniah first, to her origins and to the different steps in her life which shaped the person she is today. Her father, born in the Indian subcontinent, came to settle in West Pakistan following the partition of India and his country at the end of the 1940s. But soon after marriage, he and his wife left to live in Peshawar, capital of the Khyber Pakhtunkhwa province and of the Pashtun tribes, where Hanniah and her elder sister were born. When they moved to the cpaital Islamabad in her early childhood, she vividly remembers family hikes in the surrounding mountains every week-end, which fueled her love for those wild areas. As years go by, she goes studying in the United Kingdom where she gets a Master in International Development. Then she starts traveling to different places of the world, with the aim to conduct development projects. She first spends six months in the Philippines working on a community housing project and also stays a while in Uganda, Kenya and Tanzania in order to monitor humanitarian missions of various international organizations. In 2010, she gets back to Pakistan and works as a consultant for the United Nations office on Drugs and Crime (UNODC) in Islamabad. But the city grew exponentially over the last few years and in 2012, Hanniah decides to go traveling to the Northern areas of Gilgit-Baltistan, her favourite part of Pakistan.

‘The events which took place on Nanga Parbat were a sort of catalyst in my mind.’

June 22nd 2013. Sixteen talibans dressed as policemen storm into one of the base camps of the Nanga Parbat on the Diamir side. Nine foreign alpinists and their Pakistani guide get killed to avenge the death of one of the Taliban chiefs shot by an Americain drone strike. This event, widely covered in the international media, was a terrible blow to alpinism and tourism in the area, which was already far less visited than the Nepalese part of the Himalayas. Northern Pakistan is indeed a very wild area, home to the majestic Karakoram range. Located between the Pamir mountains and the Tibetan plateau, the Gilgit-Baltistan region offers the largest concentration of 8000 meter peaks and also constitutes the most important glacial area in the world outside the poles. This place of staggering beauty which American alpinist Galen Rowell once described as ‘the throne room of the mountain Gods’ is a true sanctuary for water, crossed by the Indus river, and a patchwork of ethnic groups. A fascinating but complex region… Problems were already existing before the Nanga Parbat tragedy and the event just highlighted them a bit more: waste management issues on the mountain, water contamination issues for glaciers and rivers, subsistence issues for Balti porters… With her strong experience in project management, Hanniah Tariq decides to act and after months of effort, establishes in April 2015 High Altitude Sustainability Pakistan.

‘High Altitude Sustainability ‘s initial mission was to clean the mountains of decades of waste accumulation.’

The beginnings have been anything but easy for Hanniah, numerous obstacles linked with her ethnic origins and her woman condition stood in her way. She is of Pashtun ascent and therefore non-Balti; she remains a young unmarried woman which is not always well accepted in a society still so infused with conservative religious values. But Hanniah went beyond those difficulties and managed to carry out her project. In collaboration with Khurpa Care Pakistan, a local NGO based in Skardu, they launch a vast clean-up action plan in June and July 2015. The primary goal was to bring back two and a half tons of solid waste and carcasses but a team composed of thirty-five Balti porters collected almost four tons and a half as well as more than seventy animal carcasses, clearing a stretch of eighty kilometers going from Askoli village to Concordia. This last place, with a mountain landscape of unmatched beauty, constitutes the confluence point of the three glaciers of Baltoro, Biafo and Godwin-Austen and one of the largest freshwater resources in the world. The impact of trekking and alpinism in the area is indeed very real and that since many years. The ‘Sustain Baltoro’ program aims at raising a global awareness regarding this issue, among local populations as well as among alpinists. Hanniah clearly wants these actions to be lasting in time and that at least one clean-up expedition occurs every year.

‘The viability of this project is inextricably linked to the welfare protection of Balti porters.’

‘Khurpa’ means the person who carries a burden and therefore a porter in Balti. Like their Sherpa fellowmen in the Khumbu region of Nepal, they are indispensable to the success of expeditions on the highest peaks, setting up fixed ropes and carrying heavy burdens ranging from 25 to 40 kg, sometimes more than ten hours a day. Their job exposing them to numerous dangers, it is often their whole family who is affected when an accident occurs or even when tragedy strikes. On top of that, the expedition season is very short, lasting only three months, which leaves them a very narrow margin in terms of income. Hanniah and Ali Hussain Shigri –HASP‘s Balti Progamme Coordinator- have a really global vision of the question, pointing out the fact that the welfare of the porters and of their family cannot be dissociated. Then, they have gathered all their efforts in order to create a reserve fund dedicated to medical assistance for injured porters, to the financial support towards the family in case of accident or death and a retirement fund for porters and guides. But the help provided by the association does not stop here: Hanniah’s woman condition and feminine sensitivity played a key role in the support of those Balti porter families, that is to say not only of male porters but also of women as spouses and mothers. In these wild areas where industries are non-existent and where a subsistence agriculture prevails, women are very dependant on the income of their husbands and their situation can become extremely precarious when the man of the family gets injured or killed. In villages which are sometimes located at a six-hour journey from the nearest paved road, a maternal medical support will be present on a more regular basis. Never running short of ideas and initiatives, Hanniah also imagines structures of micro-enterprises among which women could develop local crafts and generate an additional source of income, which would set them free from a total dependance towards their husbands and could benefit to the whole family and the community in general.

Hanniah Tariq’s clear vision and determination are partly inspired by Pakistani alpinist Rajab Shah, who had a great influence on her and passed away last year. During one of their numerous exchanges, he once said to her that the ‘qadar’ -‘value’ in Pakistani- attached to alpinism and respect towards the mountains was one of the best defences against religious extremism gangrening the country. Rajab was a tireless defender of the preservation of the environment and of a responsible form of tourism in these regions of Northern Pakistan. Hanniah Tariq and Ali Hussain Shigri chose to carry the flame of this fight, which will certainly take time but is essential to be led. 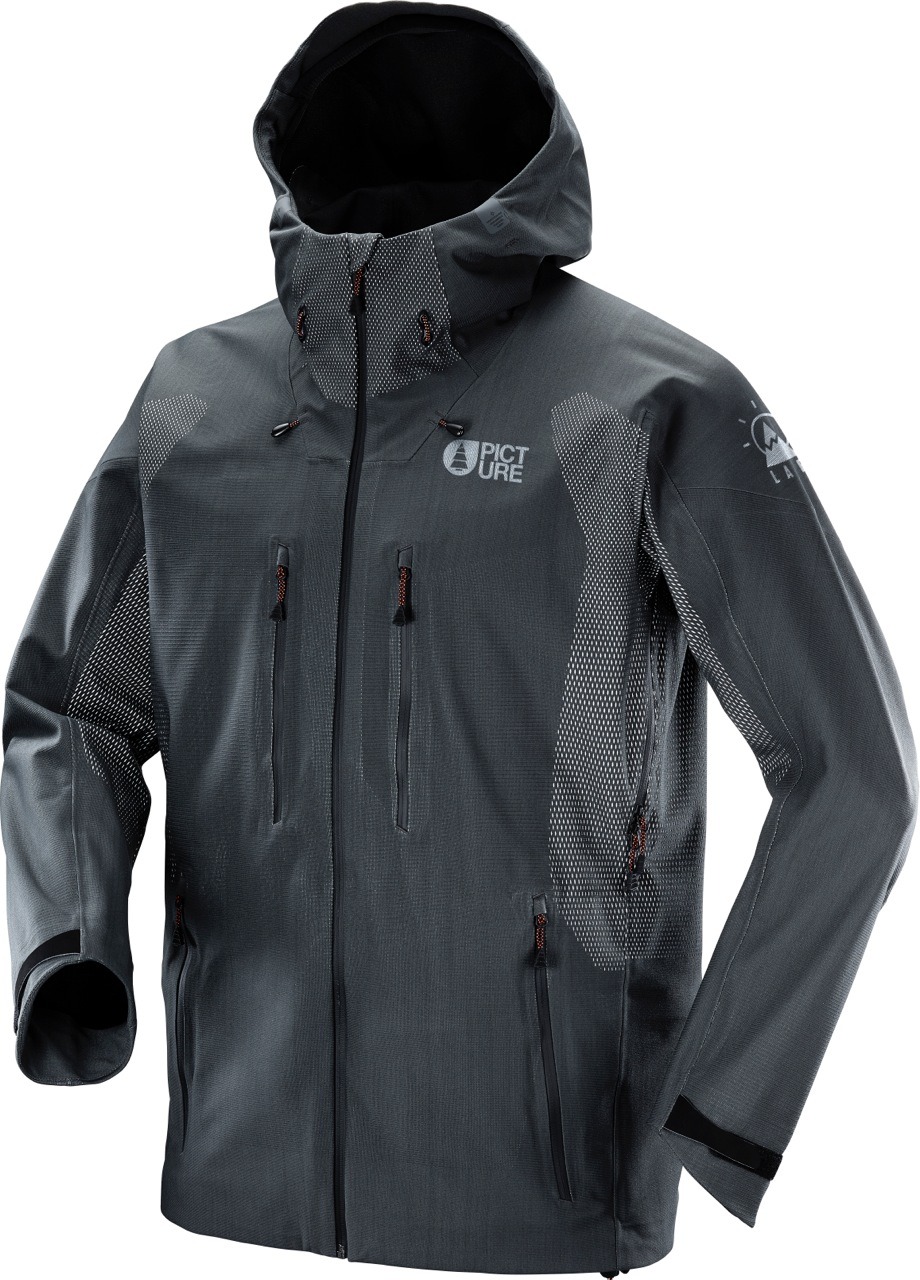