“”I only earn a few coins every day, but I am filled with joy and friendship. ” REINIER SIJPKENS

With my camera, my microphone and my pencils, I have set off on an adventure searching for joy around the world, with a view to finding and exposing beauty beyond the shadows, sharing enthusiasm and giving a helping hand along the way.As a nomadic and humanitarian journalist, campaigning for 20 years for positive information, I am traveling around the world, looking to reap the joy that can be shared and to offer a platform to inspiring and enthusiastic men and women, who often work in the shadow of the media and in anonymity. To symbolize this joy, I produce and offer little solar lights along the way, in order to illuminate those acts that generate joy, or to bring a message of hope to those who might need it. For the time being, me and my dog Ulysses are driving around Europe in our motor home Begoodee as ambassadors of joy, transmitting light from person to person. My personal involvement and commitment is gratuitous but I need anyone's support to help me along the way in my adventure.
• June 7, 2018June 26, 2018 • 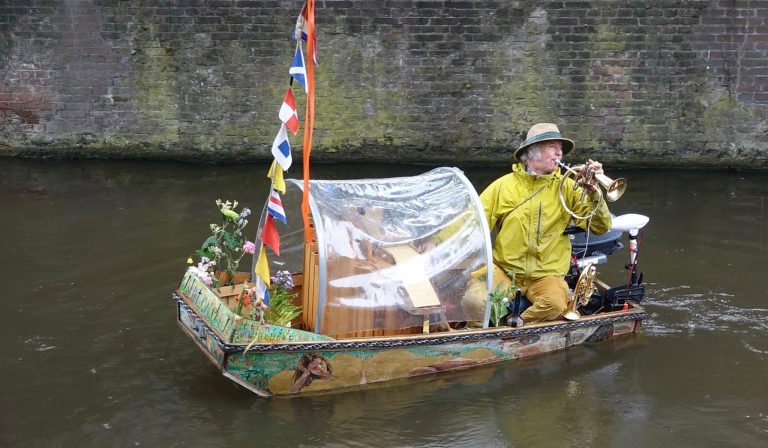 On my way, I met one of the most inspiring people, Reinier Sijpkens. Musician multi-talented, humble, loving, delicate and so happy! Do not miss this video that pays tribute to a spirit that sparkles and sparkles here below. He is our 26ème Nominee of Joy.

I learned a lot from Reinier Sijkpens. He generously hosted Begoodee (with me in) for 15 days in the Amsterdam area, in Soest. I rarely met a finer spirit than him. He told me that he never went to meet people to play his music. He slips silently under an empty bridge, he begins to play and lets the conquered hearts come to him. Thus, an encounter is possible, from heart to heart, between him and those for whom his music tells a story.

I thought that finally, I did the same with Joy for the Planet. I do not run after anyone, I do not seek any recognition or approval from outside. I let myself be guided by my values, I play my own score through my modest videos, my articles and my few chronicles here and there. I do my part, with my little bus, my dog, my pencils and my camera. Not to change the world but to tell him that I love him as he is and to offer my touch of color on the big universal canvas.

Reinier told me a pretty anecdote. A young man, accompanied by a group of friends, all a little drunk, had thrown a banknote from a bridge into the water, shouting “Chee! “. Reinier sailed around the ticket without taking it out of the water or playing. The young man, stung in his own love, threw a new ticket to the water by renewing his request, “Play! “. Reinier turned around the two tickets again without touching them. The young man furiously throws him a ticket which also landed around the little boat. Then Reinier went away in silence, leaving the three banknotes flowing behind him. In the end, it was the young man who had to dive to try to recover what he could still save! Because what was her dignity, she had flowed well!

At 62 years, Reinier hoists every morning and every night his small boat on the roof of his car to go to Amsterdam. Every day, summer and winter, he loads and unloads his organ of barbarism, and all the material he needs for his performance. “I only earn a few coins every day, but I am filled with joy and friendship. My salary is the love I give and receive, “he says.

If one day you go to Amsterdam, I give you a secret. Go to 12: 50 or 16h under one of the three church towers of the capital, and you will witness the magic of the duets between Reinier and the great carillonneur Boudelwin Zwart.

Take your shoes off, if you want to be healthy. The Science of Grounding. 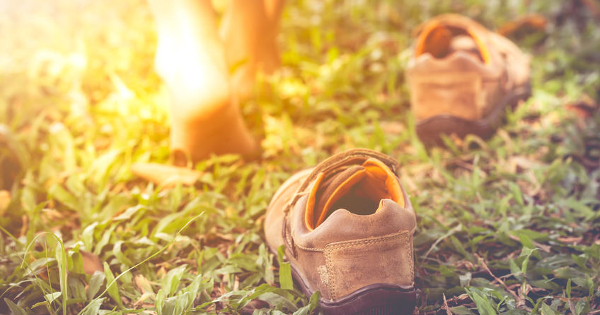