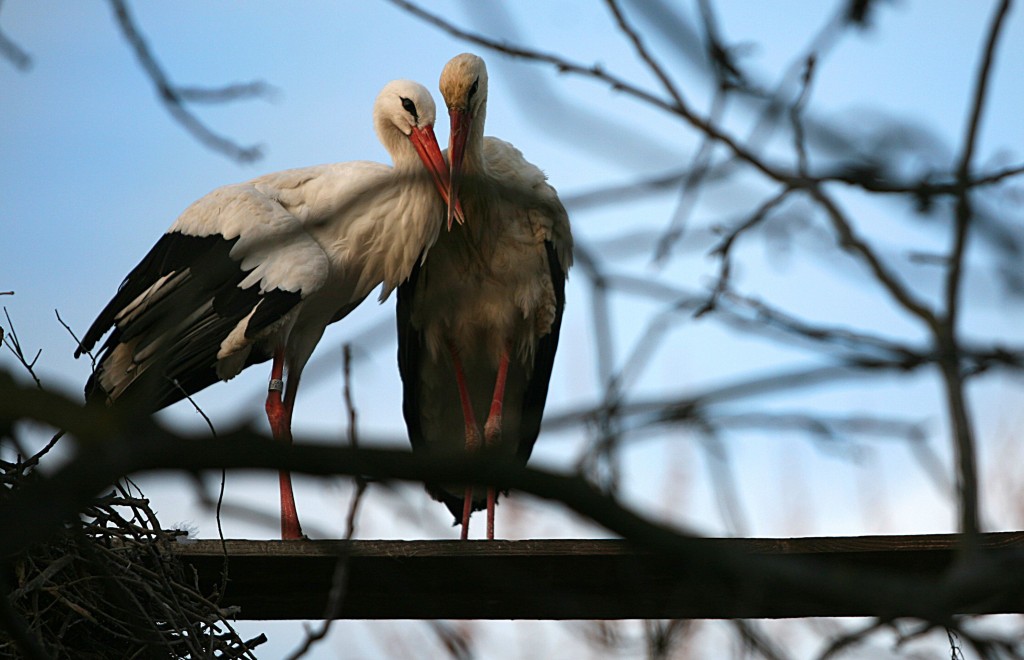 Proof that true love does return in spring.

No, this is not another version of Romeo and Juliet, though Croatia’s had a share of its own tragic couples, this is a beautiful story about Croatia’s most famous animal couple, storks Malena and Klepetan. It is a story of longing, waiting and overcoming one of the hardest obstacles in any relationship – distance.

The tale of Klepetan and Malena started 15 years ago on a red rooftop in Brodski Varoš, a small village in Croatia and they have been together ever since. Even though Klepetan migrates to the warm south at the end of August and Malena cannot join him because an Italian hunter broke her wing 22 years ago and she hasn’t flown since, each spring around March 24, they are reunited despite the 13 000 km journey Klepetan has to make to get home to his loved one.

One man, a former school janitor Stjepan Vokić has been taking care of Malena ever since she was injured and, of course, her beloved Klepetan. Each year he prepares a bucket of fish to greet Klepetan upon his return so he can recover from the long journey and take his place in the nest next to Malena. This year, however, Stjepan got a surprise of a lifetime; Klepetan came home a week early. Neighbours asked Stjepan if he was sure this was indeed Klepetan and he quickly reassured them “He went straight to the bucket of fish, which was empty because I was not expecting him yet, and only he knows where to find it. Then, of course, we went to the nest just like every other year. That’s Klepetan alright”. It seems he couldn’t wait to get back home to his Malena.

Each year the media travels to the small village of Brodski Varoš to see whether Klepetan will return to the stork of his life. No one is questioning his fidelity, but everyone is anxious to see whether he will survive yet another dangerous journey from South Africa to the Horn of Africa, Somalia, Sinai and the Iraqi deserts all the way to Croatia. And for the last 15 years, he always managed to find his way home, proving that true love really does return in spring.

Croatian Tourist Board also recognized the heartwarming story of love and dedicated an animated clip to the now famous couple so we invite you to watch it and say hello to someone you love.

From Injury to Forgiveness - A true story