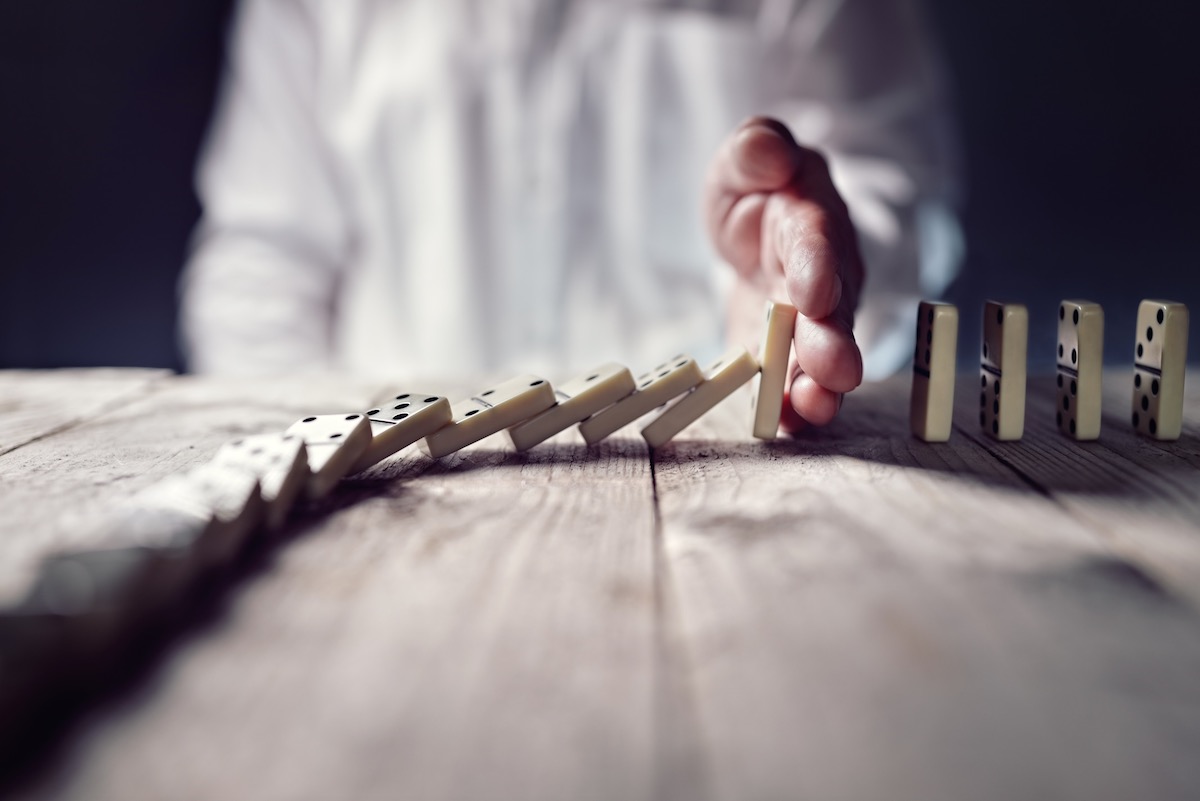 “I’ve come to stop the machine whose emergency brake you couldn’t find. »

Quiet, dear humans, all your ridiculous calls to war. Lower your vengeful glances at me. Turn off the halo of terror that surrounds my name. Us viruses, from the bacterial depths of the world, are the true continuum of life on Earth. Without us, you would never have seen the light of day, nor the first cell.
We are your ancestors, just like stones and algae, and much more than apes. We are wherever you are and wherever you are not. Too bad for you, if you only see in the universe what you want to see! But above all, stop saying that I’m the one who’s killing you. You do not die from my action on your tissues, but from the lack of care for your peers. If you had not been as rapacious among yourselves as you have been with everything else on this planet, you would still have enough beds, nurses and breathers to survive the damage I do to your lungs. If you didn’t store your old people in wet rooms and your able-bodied people in reinforced concrete hutches, you wouldn’t be here. If you had not changed all the still luxuriant, chaotic, infinitely populated expanse of the world yesterday, or rather worlds into a vast desert for the monoculture of the Same and the More, I would not have been able to set out on the planetary conquest of your throats. If almost all of you had not become, from one end to the other of the last century, redundant copies of a single and untenable form of life, you would not be preparing to die like flies abandoned in the water of your sweet civilization. If you had not made your environments so empty, so transparent, so abstract, believe me, I would not be moving at the speed of an aircraft. I am only here to carry out the punishment you have long since pronounced against yourselves. Forgive me, but it is you, as far as I know, who invented the name “Anthropocene”. You have claimed all the honor of the disaster; now that it is accomplished, it is too late to renounce it. The most honest among you know it well: I have no other accomplice than your social organization, your madness about “large scale” and its economy, your fanaticism about the system. Only systems are “vulnerable”. The rest live and die. There is “vulnerability” only in terms of control, extension and improvement. Look at me: I am only the flip side of the Reigning Death.

So stop blaming me, stop accusing me, stop hounding me. Don’t be so stubborn against me. It’s all childish. I propose a conversion of the gaze: there is an immanent intelligence to life. You don’t have to be a subject to have a memory or a strategy. You don’t need to be a sovereign to decide. Bacteria and viruses too can make rain and sunshine. So see me as your saviour rather than your gravedigger. You don’t have to believe me, but I’ve come to stop the machine you couldn’t find the emergency brake on. I’ve come to suspend the system that you’ve been holding hostage. I came to demonstrate the aberration of “normality”. “Delegating our food, our protection, our ability to care for our living environment to others was madness … ” There is no budget limit, health is priceless”: see how I make your rulers’ tongues and minds wag! See how I bring them back to their real rank of miserable margoulins, and arrogant with that! See how they suddenly denounce themselves not only as superfluous, but as harmful! You are for them only the supports of the reproduction of their system, even less than slaves. Even plankton is better treated than you are.

Be careful, however, not to blame them, not to blame them for their inadequacies. Accusing them of negligence is still lending them more than they deserve. Instead, ask yourself how you found it so comfortable to allow yourself to be governed. To extol the merits of the Chinese option against the British option, of the imperial-legal solution against the Darwinist-liberal method, is to understand nothing of either of them, of the horror of one or the other. Since Quesnay, the “liberals” have always looked enviously at the Chinese empire; and they continue to do so. They are Siamese twins. That one confines you to your own interests and the other to the interests of “society” always amounts to crushing the only non-nihilist conduct: taking care of oneself, of those one loves and of what one loves in those one does not know. Do not let those who have led you to the abyss pretend to get you out of it: they will only prepare a more perfect hell for you, an even deeper grave. On the day when they can, they will have the army patrolling in the Hereafter.

You should thank me instead. Without me, how much longer would all these unquestionable things, which are suddenly suspended, have been made necessary? Globalization, competitions, air traffic, budget limits, elections, the spectacle of sports contests, Disneyland, gyms, most businesses, the national assembly, school encashment, mass gatherings, most office jobs, all this drunken sociability that is only the flip side of the anguished loneliness of the metropolitan monads: all this was therefore unnecessary, once the state of necessity manifested itself. Thank me for the test of truth in the coming weeks: you will finally be living your own life, without the thousand loopholes that, year in, year out, keep the untenable going. Without realizing it, you had never moved into your own existence. You were stuck in boxes, and you didn’t know it. You will now live with your loved ones. You are going to live at home. You’re going to stop being in transit to your death. Maybe you’ll hate your husband. Maybe you’ll throw up your children. Maybe you will feel like blowing up the decor of your daily life. To tell the truth, you were no longer in the world, in these metropolises of separation. Your world was no longer livable in any of its parts unless you kept running away. It was necessary to become dizzy with movement and distractions so much the hideousness had gained presence. And the ghostly reigned between the beings. Everything had become so efficient that nothing made sense anymore. Thank me for all this, and welcome to earth!

Thanks to me, for an indefinite time you will no longer work, your children will not go to school, yet it will be the opposite of a holiday. Holidays are that space that must be furnished at all costs while waiting for the expected return from work. But here, what opens before you, thanks to me, is not a limited space, it is a huge gap. I’m leaving you idle. Nothing tells you that the non-world of before will return. Maybe all this profitable nonsense will stop. What could be more natural than not paying your rent? Why should anyone still pay his bills to the bank, the one who can’t work anyway? Isn’t it suicidal, in the end, to live where you can’t even cultivate a garden? He who has no more money will not stop eating for all that, and he who has iron has bread. Thank me: I place you at the foot of the fork that tacitly structured your lives: the economy or life. It’s up to you. The stakes are historical. Either the rulers impose their state of exception on you, or you invent your own. Either you stick to the truths that are emerging, or you put your head on the block. Either you use the time I am giving you now to imagine the next world from the lessons of the current collapse, or it will complete its radicalization. Disaster stops when the economy stops. The economy is the devastation. That was a thesis before last month. It is now a fact. No one can ignore what it will take in terms of police, surveillance, propaganda, logistics and teleworking to suppress it.

Face me, don’t give in to panic or denial. Do not give in to biopolitical hysteria. The coming weeks are going to be terrible, overwhelming, cruel. The gates of Death will be wide open. I am the most devastating production ravage. I have come to render nihilists to oblivion. Never will the injustice of this world be more glaring. It is a civilization, not you, that I come to bury. Those who want to live will have to make new habits of their own. Avoiding me will be the occasion for this reinvention, this new art of distance. The art of greeting each other, in which some were big enough to see the very shape of the institution, will soon no longer obey any labels. It will sign beings. Don’t do this “for others”, for “the people” or for “society”, do this for your own. Take care of your friends and your loves. Rethink with them, sovereignly, a just form of life. Make clusters of good life, expand them, and I will not be able to do anything against you. This is a call not for a massive return of discipline, but for attention. Not the end of recklessness, but of carelessness. What other way was there for me to remind you that salvation is in every gesture? That everything is in the infinitesimal.

I had to face the obvious: humanity asks itself only those questions that it can no longer avoid asking itself.

What's happening now is a great moment for humanity... 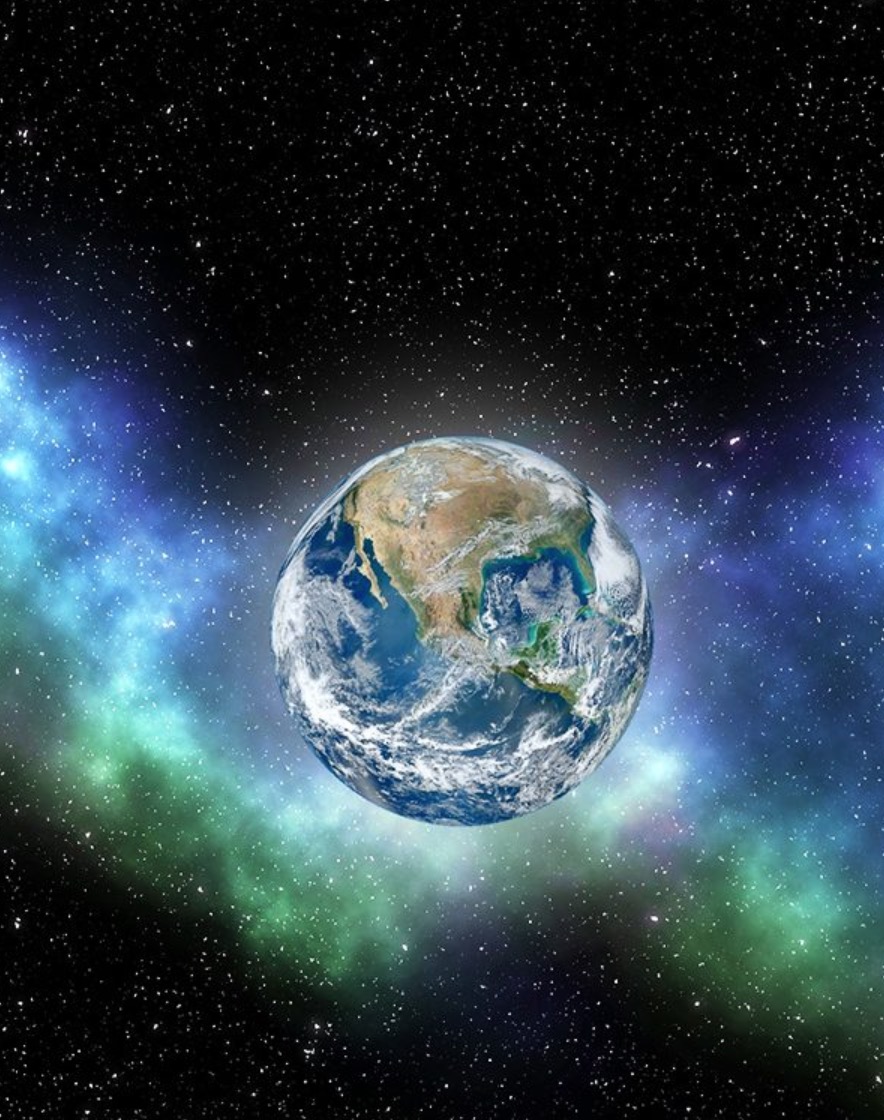