I met Coco Tache and we shared beautiful inspirations. It is a pleasure to support her vision and to be part of such an inspiring movement. Kindly Christelle ~ Amarun http://voyagemia.com/interview/meet-christelle-chopard-dharmi-method-_-life-creation-inc-miami-dade/
• June 14, 2019June 14, 2019 • Photo: Coco Tache 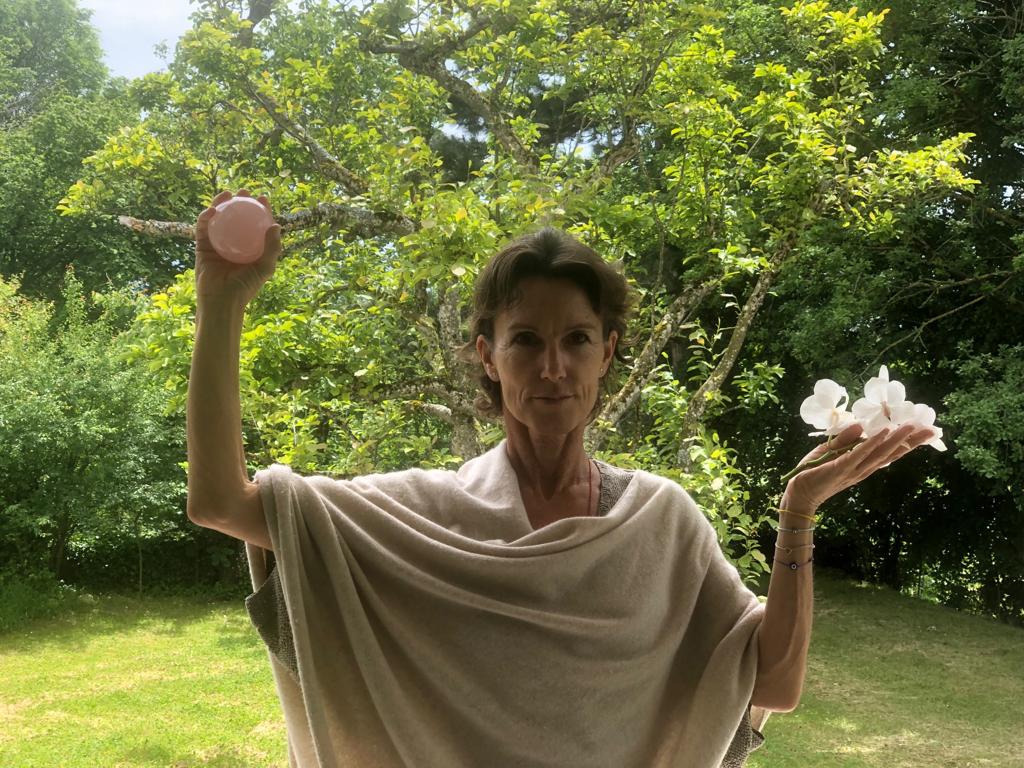 Movement for the liberation of women in Switzerland. 14th June.

We are living a time of transition in so many cultures, traditions, governments and countries. A time when the feminine energy is emerging with grace, and with force.

Do we have to fight with the masculine energy or can we fully honor our feminine energy along the journey?

On this day of protests all around Switzerland for women’s right, I found it to be an auspicious time to share my insights.

As a healer, founder of a methodology for self-, spiritual-, and business-development based on the five elements and universal laws of creation, I use my feminine energy, intuition, clarity and rationality in a way to support people along their journey.

Feminine forces are the source of creation, though the masculine energy took the control seeking to create a more stable secure society to live in.

The masculine forces are more linear focused on power and stability. It is a voice that is rational, and usually more focused on materialism. It can cause separations to try to control the natural cycles that are unpredictable. Maybe it comes from a positive intention trying to care and to provide security. Though, it creates some imbalances when it becomes too controlling.

In many ancestral traditions the men were having the stick of power (le baton de pouvoir) over the tribe. Most of the gurus, masters are men figure. In these last few years, the feminine is receiving the stick of power within their tribes and communities. We have many encounters with the chiefs and the shamans of the indigenous tribes getting together. The grandmothers (las abuelas) are now unifying their voices and also organizing their communities. The grandmothers are now receiving more value and can begin to express their secrets and their wisdom in circles that are expanding every year.

Lately more and more women are joining their forces for peace movement and project developments, redefining success. We have a women summit coming in Basel in just a few weeks (4-6 July).

In all traditions the women and ancestors were keeping the legends and healing methodologies with plant medicines and prayers very secret. They believed that the sacred had to be kept secret. If it was exposed it would be a bad omen to their families or their tribes. Women and their creative power reflected in their wisdom and in the power to create life, had to be hidden, and well protected.

The masculine rational way kept control, establishing laws and rules that cause separation within our communities. Is that a way to try to protect women or to suppress them? Through fear, threat and devaluation men have taken power and control in many ways, traditions and countries.

I noticed in some traditions and spiritual paths how the masculine was more focused on power while now the feminine is creating alliances, integrating and unifying everyone. Some men have also been remarkable through the years in honoring the voices of all beings with love, and appreciation. In some circumstances they have taken risks and even been killed for preaching peace and union.

Many religions, and governments have caused separations. Healthy relationships between masculine and feminine energies lead to union, connection, and remarkable creations.

We notice a considerable gap in between nature (pachamama, feminine) and the value system we live in.

But soon a glass of water, a breath of fresh air, a word coming from unconditional love, honesty, a moment of connection and sensitization will value more than many other “things” that mankind has set a price to.

When we honor healthy values in our relationships, women and men (feminine and masculine energies) co-create in perfect harmony. Together we can manifest a society, honoring every members of the family by giving them the right of speech and expression, therefore valuing everyone in a balanced and respectful way.

Is the flower’s sensitive creation less valuable than the fist or, could both complement each others for a balanced society?

As women, our rhythm is non-linear. It is aligned with our moon cycles and natural feminine principles. We can be as productive, or more productive even, when we have the space to honor our way to accomplish our work, and to manifest projects.

Let’s all communicate and manifest respectfully. Let’s get together giving space to men and to women to fully integrate their potentials in a society that can grow as a family, united, and abundant.

Let’s co-create with love and power.