Because I believe that if we all unite under one roof, in respect, with the same values, if we all start to spread our love and beauty, and offer the world our talents and gifts, we'll have an immense impact on human kind and our whole planet!... Because our world IS love, so let's BE love... like an avalanche.
• November 7, 2018November 8, 2018 • 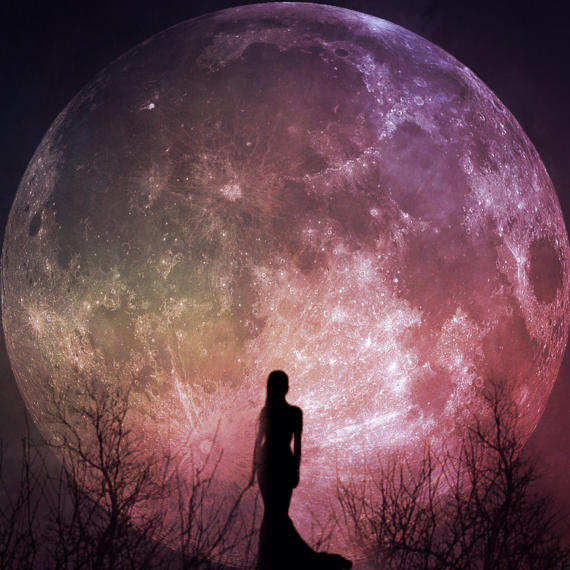 We are having a New Moon in Scorpio on November 7th at 4:02 pm Universal Time. This is initiating a 29.5-day Lunar cycle and a new wave of energy for the coming month. This cycle will peak at the Full Moon in Gemini that is occurring on November 22nd/23rd.

The Sun has already been in Scorpio for the previous few weeks yet this New Moon will trigger this energy even more so. This sign is associated with power, transformation, sexuality, regeneration, passion, and depth. It is calculated, complex, mysterious and also associated with money/resources when it is shared, as well as inheritances, and debts.

It can be also vengeful, secretive, manipulative, fearful,  compulsive, and obsessive. As a fixed water sign, it is emotional, intuitive, and strong-willed. However, Scorpio can be very stealthy when it comes to exposing their true feelings, emotions, and vulnerabilities.

The Sun and Moon are moving towards a sextile with Pluto which is a modern sub-ruler of Scorpio. This aspect emphasizes what I have already written especially the positive qualities of this sign. This can be a great energy for making positive change, overcoming fears, and breaking out of challenges that are holding us back. Jupiter is also in its final day in Scorpio which also reinforces some this energy.

At the time of this New Moon, Mars in Aquarius is making a trine to Venus retrograde in Libra, which will be strongest a few days later. This is occurring in Air signs while Venus is in its last week of its retrograde. This can be a great energy for social interactions, romance, or perhaps even working on something creative or aesthetic, especially if it was initiated in the past.

However, with Venus still being retrograde, whatever occurs during this period will also play a role in the reorientation of how we apply ourselves in Venus ruled areas which will conclude in the coming weeks. Venus rules relationships (socially and romantically), money, beauty, love, values, as well as creativity and pleasures. You can read more about this Venus retrograde here.

As mentioned above, Jupiter is changing signs less than a day after this New Moon. It has been in Scorpio since October 2017 and transitions to its home sign of Sagittarius where it will stay until December 2019. However, its themes have been gradually building up since July after it ended its last retrograde.

Jupiter is the planet of travel, luck, higher education, experience, exploration, philosophy, religion, beliefs and is ‘big picture’ oriented. In its own sign of Sagittarius, Jupiter gets to express these energies at its fullest potential as Sagittarius is also associated with the same things. This next year is a period to expand and broaden our horizons. The area of life that will be affected by Jupiter in Sagittarius also depends on what house it is travelling in and what planets it is interacting within your natal chart.

Mercury is also slowing down to go retrograde on November 16th/17th, so it is possible that you may have started to notice some common retrograde complications. The pre-shadow period for it began on October 28th/29th and therefore some developments that have occurred since then may go through some changes and adjustments during (and following) the retrograde period which ends on December 6th/7th.

Interestingly, most of this retrograde occurs in Sagittarius, and this combined with Jupiter (and the Sun eventually) really highlights Sagittarian themes during that period. I will be writing a separate article on this Mercury Retrograde, you can be notified when it is released by joining my mailing list here.

Less than a day before this New Moon, the Lunar Nodes change from the Leo/Aquarius axis (where they have been since May 2017) and into the Cancer/Capricorn axis. They will stay there for the following 18 months and will also be triggered by upcoming eclipses as well as a previous Solar Eclipse in Cancer.

This is beginning a process of changes of how we work with energies of these signs. This is pushing us towards being more caring, protective, nurturing, and connecting emotionally with loved ones. It is also about making changes towards structures and ambitions that do not serve us.

With Uranus changing signs its energy gets amplified and this could reflect sudden changes, disruptions, surprises, and sometimes accidents. Perhaps we can also be revisiting a theme connected to authentic individuality which has been playing out since 2011. Whenever Uranus transitions signs it can be pretty obvious by observing news media and looking at what is happening in the world in the days surrounding it.

Making Intentions And Things To Consider

What has been coming up for you over the last month regarding social/romantic relationships, matters of love, sexuality, or money? What do you need to shift in how you apply yourself in these areas? What part of your life should you approach with greater depth and realness? What can you release or transform to help empower you? What fears do you need to overcome, or perhaps you have already began doing so?  How can you expand and broaden your horizons?

These are just some examples of what to consider or focus your intentions on at this time, however, it is good to reflect on anything else that is coming up for you. It is generally best to make any intentions within the first 24 hours following a New Moon. However, the closer the better and can be as early as 30 minutes prior to the exact moment of it. This New Moon will be occurring at 4:02pm Universal Time. You can click here to see what that is in your time zone.

Looking for astrological insight into what is going on in your life? Or perhaps looking to better understand your life and its potentials? Get a personalized astrology reading with Carmen (author of this article) specific to you based on your exact birth date, time, and location. Click here for more information or to order.