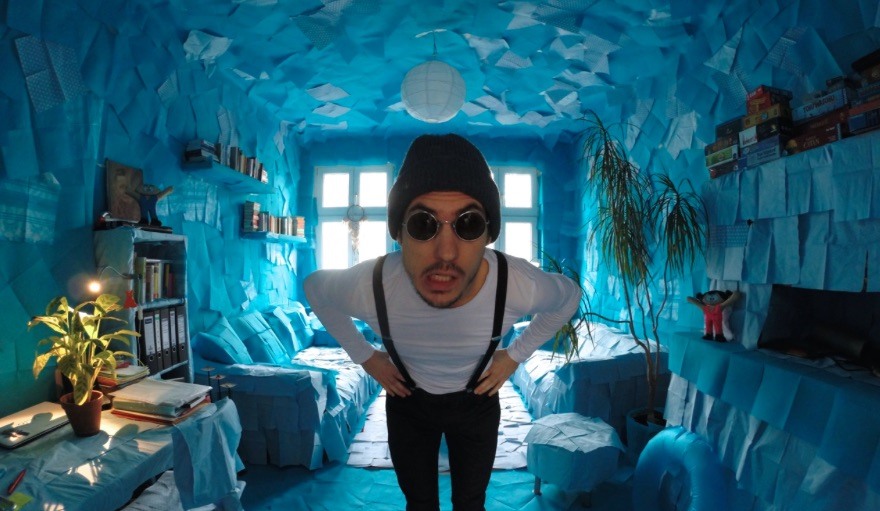 Out of Switzerland. He’s also called The Original, the artist, the guy who wanted to be a professional snowboarder but who became a professional artist! Just about to discover the keys for the realization of his wildest dreams, the ‘Original’ garden, in the image of Nikki St. Phalles playground! We met the first time in the garage in Verbier at 3 am in the morning, when he showed me the shots of his art on his mobile-phone. Wow!  Transforming abandoned spaces into artwork, into life, into emotions! He is able to spend 10 days on his own in a huge factory hall just to cover it all with newspapers, taking a picture, organizing a little friend gathering and take it all off again! He literally transforms houses, hallways, dark rooms, and places you don’t really want to visit, into places of freshness, of fantasy! His character is exactly the same. Wide open eyes, a big yes to life, and following his dream of living fully! We do know that he’ll greatly succeed with his art, and that one day, Nicolas Bamert, The Original is going to be a reference in the world of street artists, cause he just has it all!… Follow this beautiful man on instagram, facebook, on his website and enter the magic that unfolds by entering his dream.