Painting The Impossible by Akiane Kramarik – a lifestory of Faith, love and patience 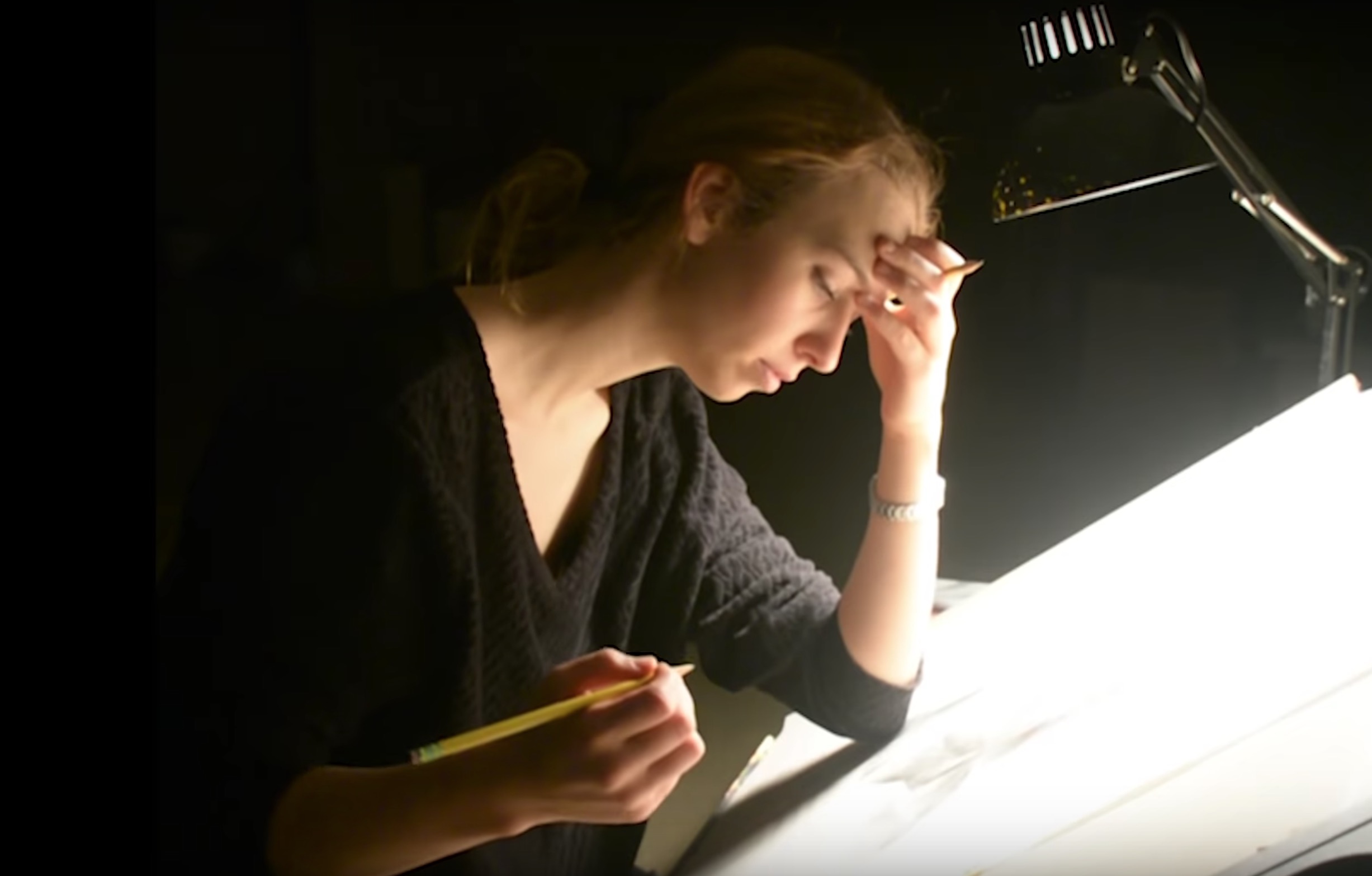 All these years God was waiting for me to grow so I could paint the most powerful message to mankind; A Message of Unwavering Faith, Unconditional love and Eternal life – JESUS. Akiane

A moving video of Akiane Kramarik’s story about her personal journey beginning with the painting, Prince of Peace, (as seen in Heaven is for Real) through the completion of her newest portrait of Christ.

Secrets of Akiane Kramarik’s Spiritual Journey Revealed
Witness the dramatic story of Akiane Kramarik’s spiritual journey and some of the rarely discussed spiritual battles in her lifelong quest to fulfill the divine commissions, painting the real face of Jesus. Observe the surprising revelations of Akiane Kramarik’s 19-year journey of overcoming darkness as she struggles to be light and bring love into the world through painting her visions of Jesus Christ. Akiane Kramarik describes her purpose in life as God’s Divine Commissions – visions given to her to painting. Paintings and visual messages that are meant to help others see and feel the love of God through a relationship with Jesus Christ.

Akiane Kramarik is a gifted, visionary journalist who has been reporting her visions and messages from heaven since she was eight years old by using a paintbrush and canvas instead of paper and pen – Breaking News and messages from above.

Here’s The Akiane Kramarik Back Story
Since age 8 Akiane Kramarik has painted many different periods of Jesus life beginning with the blessed virgin portrait, in Mother’s Love. Next, she painted a glimpse of Jesus’ childhood in On My Knees.” Then we see Jesus and a teenager in “Missing Years & Dreams.” The crucifixion and resurrection we the inspiration of “Father Forgive Them and Prince of Peace.”

As fate would have it while living in Australia Akiane Kramarik discovered the owner and location of her original painting of the Prince of Peace – hidden –locked in a vault for over 12 years. Akiane Kramarik offered to buy the painting of Jesus, but the owner was not willing to sell it to anyone. Join us in praying and believing that this painting will be released, and returned and that God’s will be done!

God Takes Akiane Kramarik On A 12-Year Journey
Akiane Kramarik shares with us that over these same 12 years God has taken her on an extraordinary journey – spiritual, physically and emotionally – traveling around the world as a reporter – of sorts.Akiane Kramarik often describes herself as a visionary journalist, charged with painting true life stories. Sharing the deep life lessons from people of many cultures – visual teachings – messages from heaven, rich in metaphoric meaning, spiritual lessons. These profound visual allegories speak directly to the heart and soul of seekers around the globe.

Now Revealed – A New Chapter in the Akiane Kramarik Story
Now, back to Akiane Kramarik’s painting simply titled “JESUS” and the most recent chapter of Akiane Kramarik’s mysterious walk with the Lord which began late in 2016, just after Akiane and family returned to the United States from an extended tour in Europe.

At age 22 Akiane Kramairk and her family returned to the United States and settled on a small farm in the countryside in Illinois. Soon she was offered a project not yet made public. To complete the request, Akiane Kramarik was asked to create a line drawing of Prince of Peace. Akiane Kramariksays it was an awkward assignment, especially since the original was gone, yet she felt compelled to accept the unusual request. Recreating the real face of Jesus originally painted at age into a simple line drawing – was not simple at all! As you will see while watching the “Painting The Impossible” documentary below. As the project progressed, Akiane Kramarik became overwhelmed with the incredible detail that was being revealed to her! “I was hearing a new message,” Akiane Kramarik said. “I prayed about what to do next, and was blown away by the unexpected answer! Despite all my doubts I took out a linen canvas and began painting my vision …” A labor of obedience and love took a strange turn when, with over 1,000 hours invested in the new painting, Akiane Kramarik began sensing that completing the Jesus painting in her most recent vision – was impossible!

Over the next weeks, as hard as Akiane Kramarik tried, she could not fix this painting of Jesus!

Many, more weeks passed with no progress … Akiane Kramarik was devastated. This had never happened before. Akiane Kramarik knew the Lord had commissioned her to do this painting of Jesus. Where was God? What was happening?

Akiane Kramarik began to realize that all of her efforts were not good enough – she began to lose hope. Darkness persisted. For the first time in her life, Akiane Kramarik was ready to quit, give up and abandon God’s Divine Commission to present this new portrait of Christ to the world.

We were all very, very concerned! In nearly 15 years of working with Akiane Kramarik, I had never seen her in this type of deep despair. We all continued to pray. Her parents, brothers, family, and trusted friends persisted – – – finally, a breakthrough occurred! For a brief time, Akiane Kramarik was shown the full vision of Jesus. Once revealed she quickly returned to her studio.

On July 9th, Akiane Kramarik’s 23rd birthday she excitedly shared her new painting with the world – a beautiful testimony of endurance and a give of great love and light that contains a message to all. Looking back on this mysterious, and sometimes dark spiritual drama Akiane Kramarik says,

“All these years God was waiting for me to grow so I could paint the most powerful message to mankind; A Message of Unwavering Faith, Unconditional love and Eternal life – JESUS.”

Will you get on the bus, or wait another few lifetimes?