Seili: about travels, the climate, mountain cabins without electricity and his passion

Because I believe that if we all unite under one roof, in respect, with the same values, if we all start to spread our love and beauty, and offer the world our talents and gifts, we'll have an immense impact on human kind and our whole planet!... Because our world IS love, so let's BE love... like an avalanche.
• February 7, 2017February 23, 2017 • 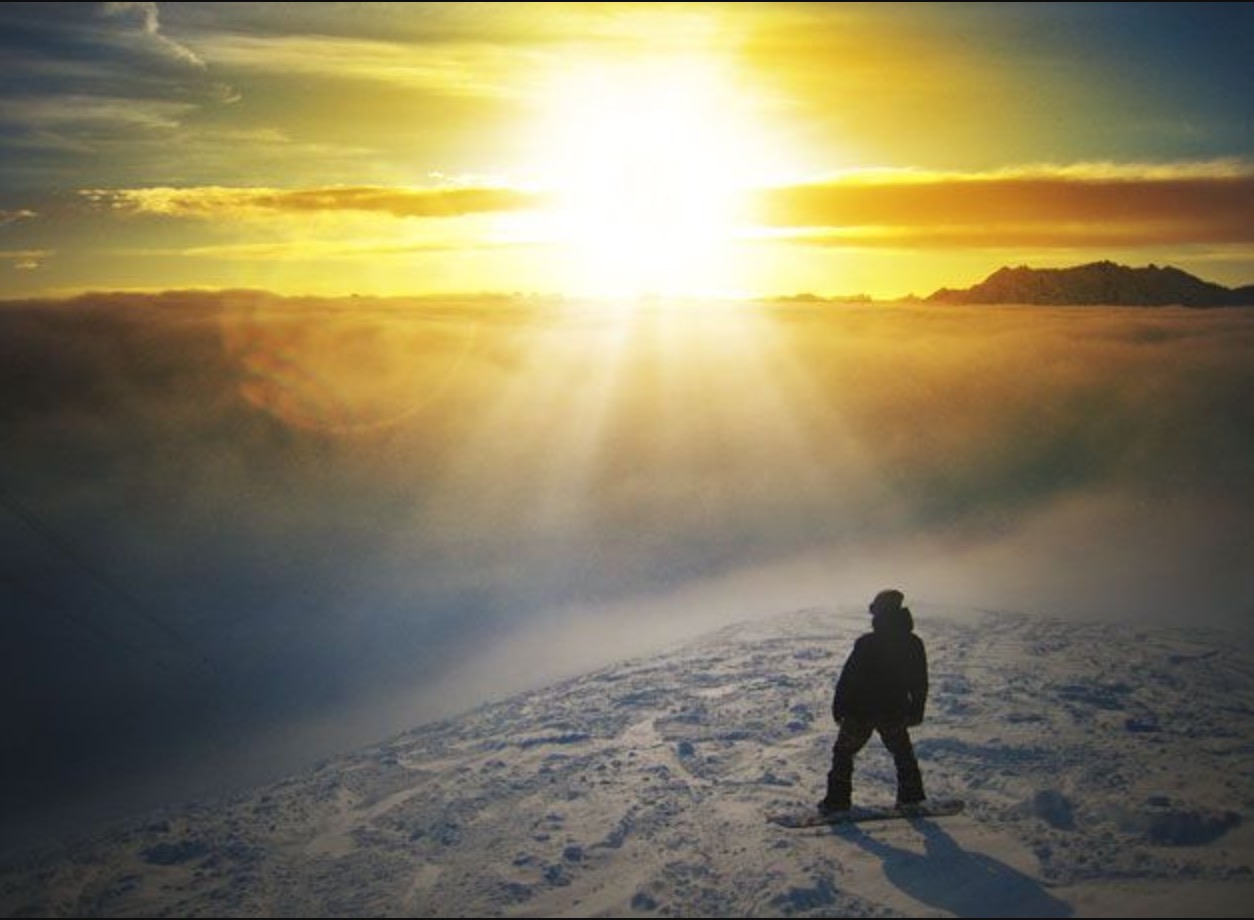 WHO IS SEILI, THIS CHARACTER THAT IS SLOWLY, BUT SURELY, OBTAINING AN IMPRESSIVE CATALOGUE OF APPEARANCES IN THE PAGES OF THE BIG MAGAZINES? THE MAN NEXT DOOR – WHO IS WORRIED ABOUT OUR FUTURE.

Snowboarding, mountains, and snow has had an impact on Seili since his youth. “At home, there are only high mountains and powder snow. Only Zermatt or Saas-Fee have parks…

“I did quite a few contests, I travelled the world,” Seili says. “But one day, when I found myself at 7.30am on the pipe at the Europe Cup in Arosa, I sincerely asked myself ‘what I was doing here?’ Also, measuring myself against others is really not what interests me in snowboarding. When I look at photos taken for magazines, memories and stories come to mind. When I find a competition schedule in which I participated, only numbers. But that’s my vision of things. I can totally understand why someone can like competitions. And that’s what’s beautiful about snowboarding: everyone can do as he or she pleases!”

Seili got his diploma from the athletic high school in Brig, where he learned about sport in the most technical sense. And, when he announced to his sponsors that he wanted to stop competing, they supported him fully for his freeride project! But snowboarding wasn’t enough to fulfill him entirely. He had to do something down to earth, and therefore started geology and geography studies.
“I want to do more with my head than just wear goggles. I will see where it will lead me… For the moment, my goal is to finish my studies. Then I will give myself over entirely to snowboarding”, confesses, with a smile, the young 23 year-old, in the empty VIP tent of the Freestyle.ch. “Thanks to my studies, I feel like I am learning to see further. There are still a lot of cool things out there to discover.”

For this inquisitive mind, the knowledge he has acquired during his studies until now has been in two parts – one reassuring, the other worrying. On the one hand, he finds it reassuring to know that Man cannot regulate everything, that he does not have absolute power over Nature. Yet, on the other hand, this realisation makes him conscious of the force that nature has, and the insignificance of the human being in comparison. The earthquake in Japan is just one example.
“When you realise that all it takes is one tiny wrong movement while heli-boarding or snowboarding to start an avalanche, then you become modest,” he explains. “One day, I’ll organise a trip with investment bankers to show them the power of Nature. Everything is relative.”

What particularly motivates you in life?
Being there to observe the world. It’s a great privilege to be able to travel! There are so many places on this planet and not enough time to discover them all. It’s incredible to wake up in the morning, and say: today I can discover something new, encounter new people. I don’t see anything better in life.

What has been your best trip so far?
I love going to New Zealand. The landscape reminds you of Lord of the Rings. Iceland is quite cool too.
You organised, in collaboration with Völkl, a green trip to Arosa to test this winter’s splitboards. How did that go?

Yes, we settled ourselves in a cabin without electricity or hot water for a week, away from the world, no iPhone, no MacBooks. I was in my element, an awesome experience! We heated ourselves with wood, and we melted snow for water. I am a bit of a pyromaniac… Ha, no, I am exaggerating. But I like the smell and crackling sounds of a fire. It was very different from any other snowboarding trip I’ve done in the past. We spent all our time together. We cooked, played cards, chopped wood – all in the middle of the mountains. You open your door and you’re there! Unfortunately, in regards to the snow, it was not the biggest party. Our homemade kickers only lasted a couple of hours before melting. The snow was grainy and came off one level at a time. But it didn’t matter, as it was all about testing the splitboards anyways. Those boards are amazing! You are totally independent of the chairlifts and helicopters, and you can keep your own rhythm. You go wherever you want.

Would you have wanted to stay for more than a week?
Yes, but we didn’t have enough food, and we also didn’t have any traps or hunting rifles. I am not sure that I could live like a hermit, but getting away from the world, away from the stress, for two weeks, that was cool!

You seem serene. Are you sometimes stressed?
I’m told it takes a lot to stress me. Than that makes me realise that I probably don’t get angry often enough! When something bothers or angers me, I try to avoid it. Like the contests: I simply stopped. It’s annoying having to do something that you don’t want to. So you have to stop and then you are back in sync with yourself.

What do you try to bring back from your travels?
The encounters! There’s this story, from Japan. A friend had forgotten his wallet in a bar in the gigantic city of Tokyo… We were sure that it had been stolen and we didn’t even bother to look for it. Then, a Japanese guy brought it to us at the hotel! He had found a card with the address in the wallet. He didn’t even want to stay for a coffee because it had taken him all day to get it back to us, and therefore he was short on time.

Have you also had any bad experiences?
Yes. During a stopover in Bangkok, the stupid taxi driver brought us to a brothel with 12 to 13 year-old girls. Trips also make you live through the bad adventures like that. It’s part of the deal. The world is not all peace and love…

When are you most in sync with your rhythm?
When I am doing some backcountry, alone somewhere and drawing a line in the powder snow. At that precise moment I feel utter peace, satisfaction, and joy. In those moments, I always realise how happy I am to be there.

What would the girl of your dreams look like?
I am not a difficult kind of guy. I simply want a nice girl that likes being outside, loves life and traveling. I don’t really care about the colour of her hair, or the shade of her eyes. Obviously, I must find her pretty, that’s important, but not any more than the other factors. I must also be able to talk to her about everything and anything…

Do you believe in eternal love?
For sure – it would be horrible if it didn’t exist. I don’t want to become old by myself. I haven’t found my one love yet, but I believe in it dearly. I believe that love is one of the reasons why we are here. Love for a person or for something that you do. For me, love is more important than snowboarding. I don’t plan on going to singles parties when I am 50!

Is there something else that worries you?
Definitely. Right now I’m taking classes in climatology and on resources. When you think about it, the fact that the Earth has never been this populated is quite worrying. We don’t know yet the impact humans will have on the planet, and we haven’t got a clue what we’ll leave to our children. Resources are limited, yet there have never been more armed nations than there are now. And it’s precisely at this moment, where we have the highest number of weapons and the largest population, that resources are becoming rare… The western world needs a lot of resources to sustain its way of life. At the same time, other emerging and semi-peripheral nations have the sincere and deserved desire to better their own. It’s a bit scary. For sure there will be climatological refugees. But all this is a part of life itself: you never know what tomorrow will bring. You can choose to be worried – or you can choose to accept the challenge. I don’t know what I will be doing next year, but I look forward to discovering it!

Any special thanks?
Thank you world! 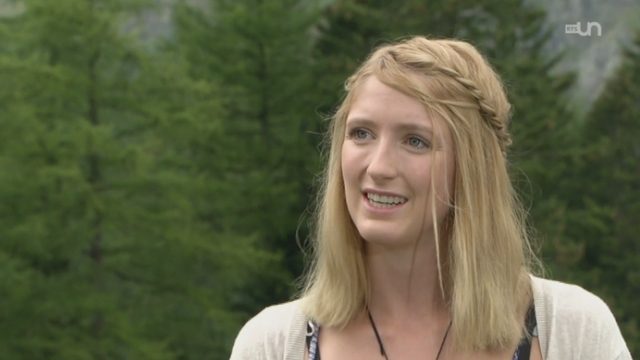