The origin of the term “Tree hugger” 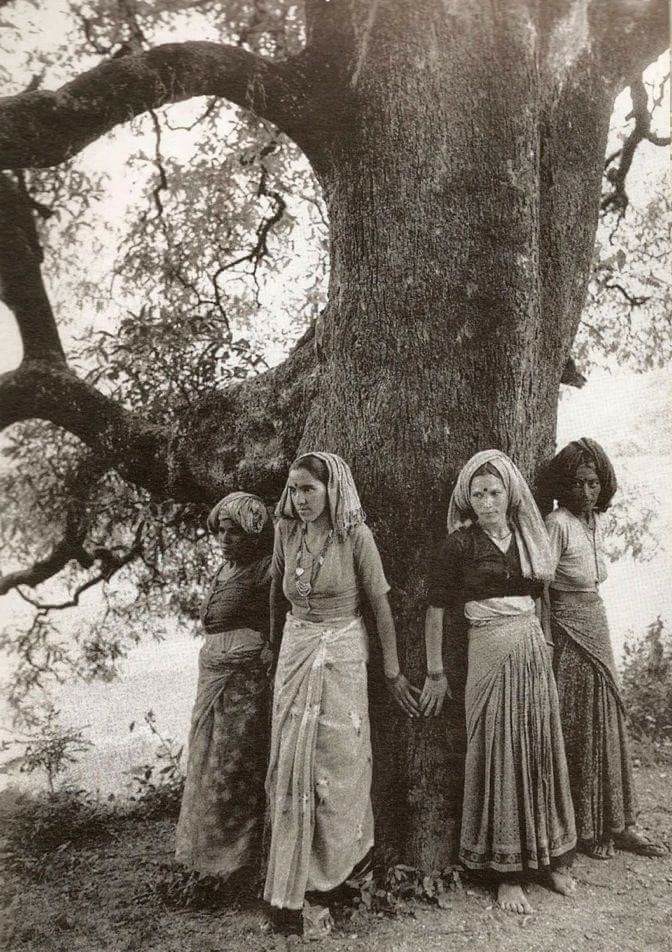 The first tree huggers were 294 men and 69 women belonging to the Bishnois branch of Hinduism, who, in 1730, died while trying to protect the trees in their village from being turned into the raw material for building a palace. They literally clung to the trees, while being slaughtered by the foresters. But their action led to a royal decree prohibiting the cutting of trees in any Bishnoi village. And now those villages are virtual wooded oases amidst an otherwise desert landscape.

Not only that, the Bishnois inspired the Chipko movement (chipko means “to cling” in Hindi) that started in the 1970s, when a group of peasant women in the Himalayan hills of northern India threw their arms around trees designated to be cut down. Within a few years, this tactic, also known as tree satyagraha, had spread across India, ultimately forcing reforms in forestry and a moratorium on tree felling in Himalayan regions.

Photo: The village women of the Chipko movement in the early 70’s in the Garhwal Hills of India, protecting the trees from being cut down.