The darkness of the entire universe cannot blow out even the smallest candle. The fairytale of Menuka 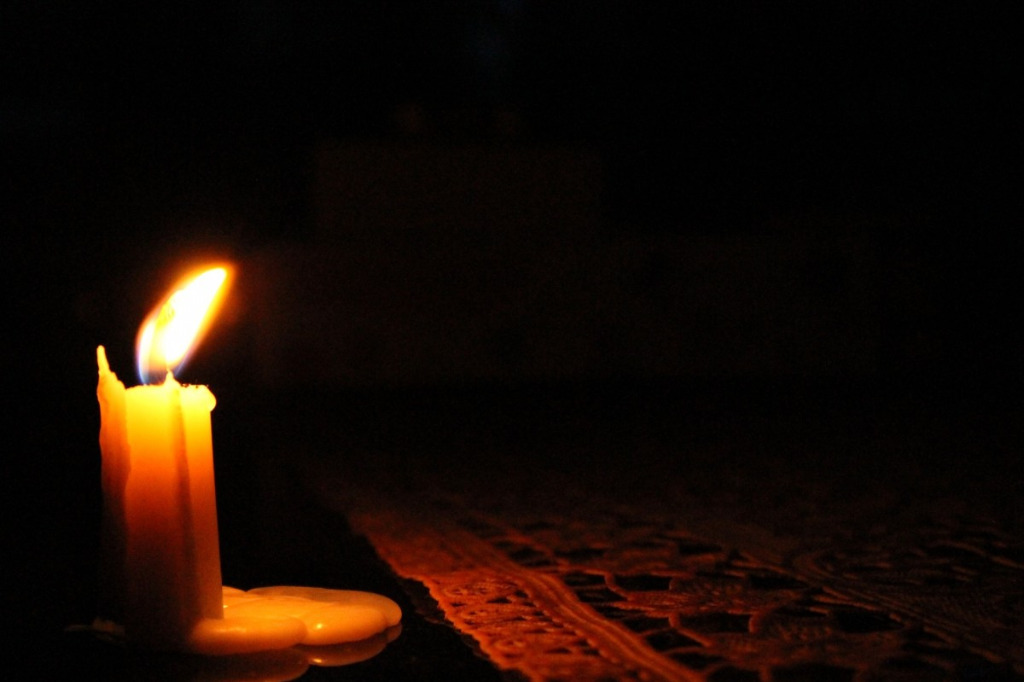 A Christmas story written for my Nepalese grandchild Samsara Menuka

“Ye are the light of the world.” Matthew 5:14
“Give light, and the darkness will disappear of itself.” Desiderius Erasmus

Once upon a time, there was a land where all the inhabitants were candles.

There were candles of all kinds, shapes, sizes, and appearances.

There were weddings and funeral candles, tall candles as dainty and svelte as ballet dancers, short candles with thick waistlines like garden gnomes. There were candles with brilliant colours, others like rainbows, and still others just plain and white.

And all these candles lived just like human beings – they danced, laughed, ran, worked, slept – and above all they all loved to have fun.

Some candles were always arranged in circles, others in rows like little soldiers. Some were used in churches and temples while others would watch over a feverish child or light up caves or attics. Some would embellish birthday cakes with their glow while others were just happy warming up dishes or throwing some light on a photograph.

However, all these candles had one common mission: to serve, be it in providing light or warming up dishes.

Every year, in the kingdom of the candles, there was a big competition to see which candle would give out the strongest light. Any candle could sign up. The darkest night of the year would be chosen; a night with no moon and no stars, and the candle whose light shone the strongest would be crowned by the queen herself as “princess or prince of the night.”

Each year the competition took place in a different region of the country, with one exception. It had never taken place in the Valley of the Ink Black Night. That valley was reputed to be so dark, so ominously obscure that no candle had ever had the courage to go there at night, according to living candle memory.  Demons so nasty and dark were said to live there that, at the mere mention of them, the light of the bravest candle would flicker.

Yet there lived in the land a little candle who was especially brave and whose name was Menuka. Her grand-father, an old and wise candle who had just about experienced everything,  having travelled much throughout the world  (he even kept vigil over the last king), had  told Menuka that light is always, always  stronger than even the darkest and most terrible night, because light drew its power from Love, the greatest power in the universe. Love outshines everything, hence the power of light. He had even added that, were Menuka to enter the darkest cave in the deepest entrails of the earth, her light would chase away the darkness. “The night can utter the most mournful howls, flaunt all the ghosts in the world, but in the end, it will always collapse before the light.”

So it happened that in the kingdom of the candles the 1000th annual competition for the most brilliant candle was to take place. The queen had consulted with her wise men and advisors on how to best celebrate this event. Her most trusted advisor, I-Am-Still-Still-Shining, had suggested that the competition take place …. in the Valley of the Ink Black Night.  After thinking it over, the queen agreed and issued a decree throughout the kingdom.

But unlike previous years, when hundreds of candles would register, that year only a dozen of grownup, big, thick candles who had already faced very dark nights signed up. With one exception: Menuka.

At first, the jury did not want to accept her candidacy. How could a little plain white candle hope to survive even for a few minutes in the blackest night of the Valley of the Ink Black Night? It was ridiculous, claimed the members of the jury with the high and mighty attitude of Those Who Know Everything. However, as there were no age limits and Menuka’s parents even encouraged their daughter, they reluctantly had to sign her up, all the while disclaiming any responsibility.

The astrologers of the kingdom had been consulted in order to choose the darkest night of the year. They performed their task well, for at 4:30 p.m. on the day chosen, it was already so dark that one could hardly see anything. The parade of the jury and the candles neared the Valley of the Ink Black Night.  One by one, the adult candles began to duck out. One claimed to have a nasty flu, another began to cough so loudly that she almost blew out the torch in front of her, another claimed to have forgotten her coat, still another her matches. Finally, reaching the entrance to the valley, only a big fat conceited candle and Menuka remained. Their wicks were lit, and they entered the valley, while the members of the jury remained behind on an elevated plateau.

The darkness in the valley was so thick that one could not even see one’s hand 30cm in front of one’s nose! That was when the big candle chose to announce she could feel the symptoms of impending appendicitis and she retreated rather sheepishly.

Menuka remained alone, a brave little candle facing a thick darkness of the kind no other candle ever had to cope with in the entire history of candles. One could hear roars and frightening howls, but Menuka continued moving forward. The only thing she kept thinking about was what her grand-father had told her: the darkness of the entire universe cannot blow out even the smallest candle.

Then the members of the jury noticed something quite astonishing: the darker the night became, the more brightly shone the light of Menuka’s candle. Hours went by. The demons of darkness tried to darken the night as never before, but they only succeeded in making the brightness of Menuka’s flame ever more visible. One could hear them swear, shout, insult one another, bark orders and counter-orders – to no avail. Chaos and despair were increasing in their camp.  How was it possible for a little skinny candle to hold at bay all the armies of the night? It was just inconceivable; nothing was working in the universe.

But then, as dawn approached, one heard the first song of the robin. It was a song so clear, so pure, that the night itself shivered. And slowly, almost shamefully, the darkness backed out of the Valley of the Ink Dark Night.

When the first rays of the sun reached the valley, it was as if all the birds of the kingdom had agreed to meet there. Menuka, tired but happy, blew out her little wick. The queen herself met her at the entrance of the valley. She ordered a feast the likes of which the kingdom had never seen in living candle memory. She gave Menuka the hand of her son, the prince – a superb candle straight and tall like a fir tree, with sparkling colours and decorated with silver flakes. Of course, they lived happily for many years and had many small candles.

But since that day, or rather that memorable night, the demons left the Valley of the Ink Dark Night forever.  And, most importantly, all the candles now knew for evermore that they had within themselves enough light to prevail against the darkness of the entire universe. 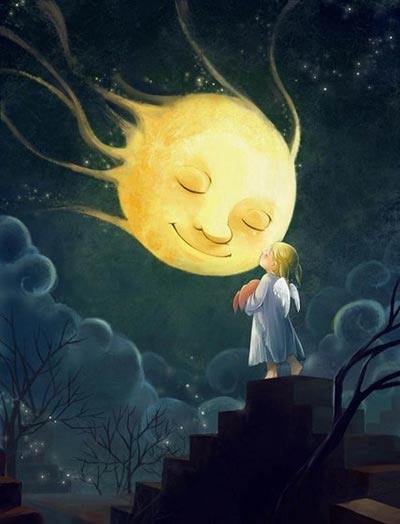